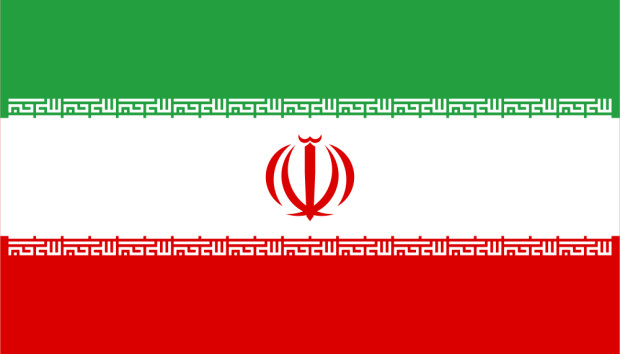 The flag of Iran has been in its current form since July 29, 1980, reflecting the changes Iran has undergone since the Islamic Revolution.

The flag consists of three equal horizontal stripes: green at the top, white in the middle and red at the bottom. Green symbolizes Islam, white peace and friendship and courage, and red the blood spilled in war. The colors have a long tradition in Persia, which can be traced back at least to the 18th century. Tricolor as they are found for the first time on the national flag of 1906.

In its center is the emblem of Iran. It has a diameter equal to one seventh of the length of the flag. In addition, 22 (2 × 11) Kufic inscriptions of Allahu Akbar (German: Gott ist am größten) were added to the green and red stripes. This is an allusion to the beginning of the Islamic Revolution on the 22nd day of the 11th month in the Iranian calendar (February 11, 1979).

Three equal horizontal stripes (green, white and red); the national emblem is centered on the white stripe; Arabic inscriptions can be seen.

The flag colors green, white, red originate from the 18th century. There are several interpretations or the interpretation of the flag colors is controversial. The emblem consists of four crescent moons, which symbolize the growth of Islam. In the center of the emblem protrudes a sword, which symbolizes strength and bravery. In the lower part of the green stripe and the upper part of the red stripe, the inscription "God is great? and the date of the return of the religious leader Ayatollah Khomeini (1997) are repeated 22 times. 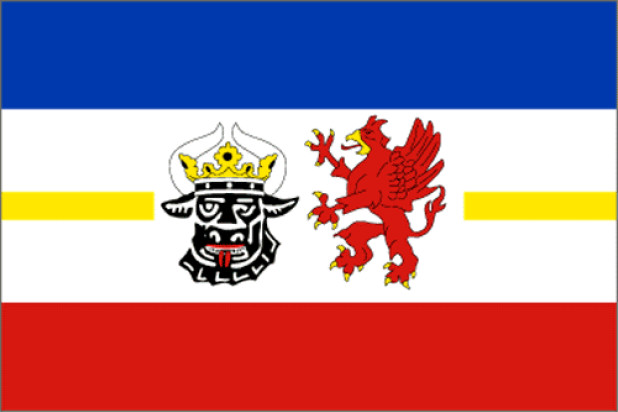 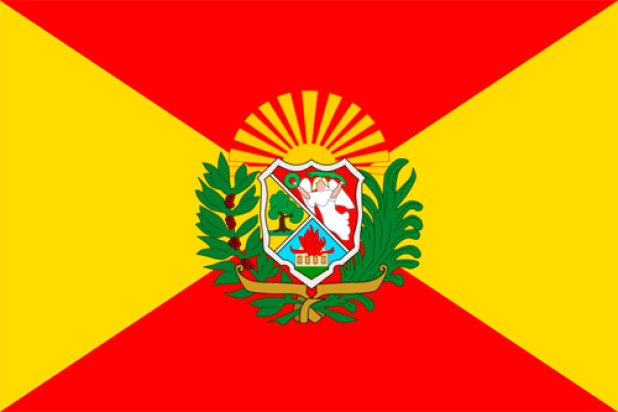 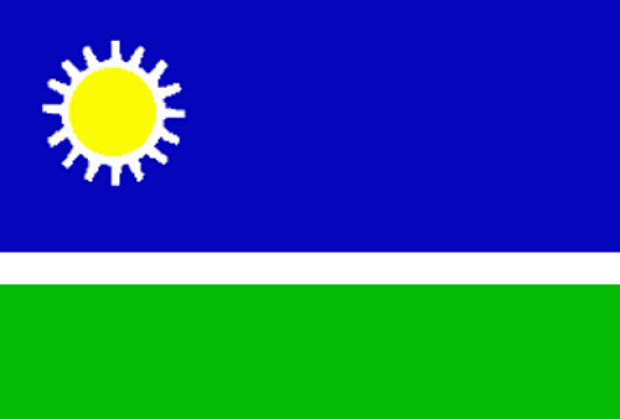 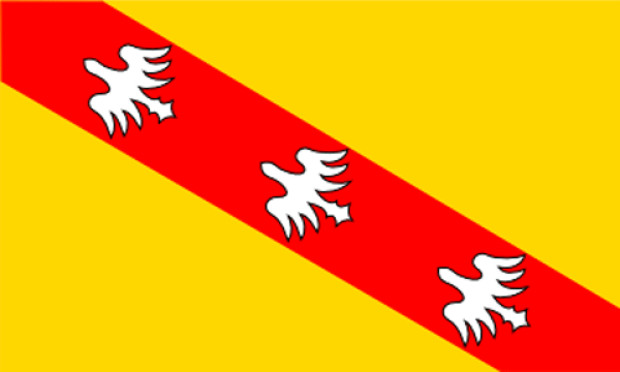