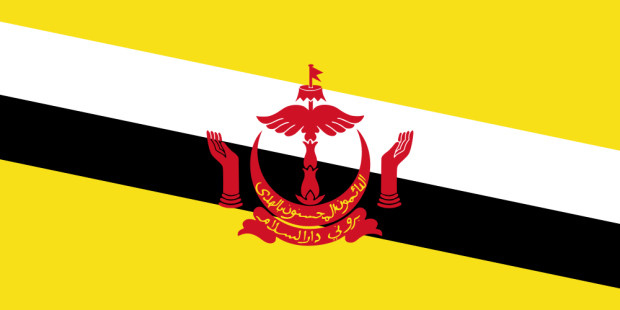 The flag of Brunei was introduced in 1906. It is yellow with a wide white and black diagonal stripe. The national emblem was added in 1959. After gaining independence (01.01.1984), the flag was kept unchanged.
b is the color of royalty in the entire rear Indian region. In Brunei, it thus symbolizes the ruling power of the Sultan. White and black are colors used to denote the monarchical hierarchy. The national emblem contains well-known Islamic symbols: a crescent moon and a canopy (umbrella). The canopy protrudes from the reclining crescent. Since 1959, when Brunei got a constitution, there is a forearm on the left and on the right of the coat of arms. The Arabic inscriptions on the crescent and in a band of script below it read: "By God's hand, good will prosper" and "Brunei, home of peace".

Yellow with two diagonal stripes (white and black); the national emblem is very conspicuously centered, it is red.

Yellow symbolizes the color of the Sultan of Brunei. The two stripes (white and black) symbolize the office of the two main ministers. The centered emblem builds on the inscription 'Brunei Darussalam' ('City of Peace'), the official name of the country. Above it, on a horizontally arranged crescent moon, is the inscription 'Serve always with God's guidance'. The crescent moon symbolizes Islam. From the center of the crescent rises a column, which is considered the symbol of the state. To the left and right of the horizontal crescent is an open hand with a forearm, symbolizing the goodness of the government. The two tips of the crescent bear a 'wing-like' roof with a short flagpole. The flag and the umbrella on the mast are royal symbols. 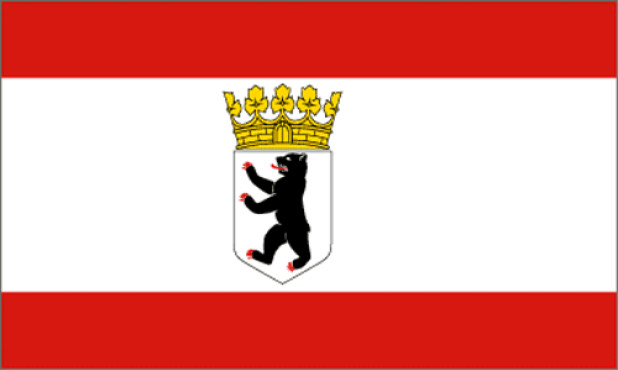 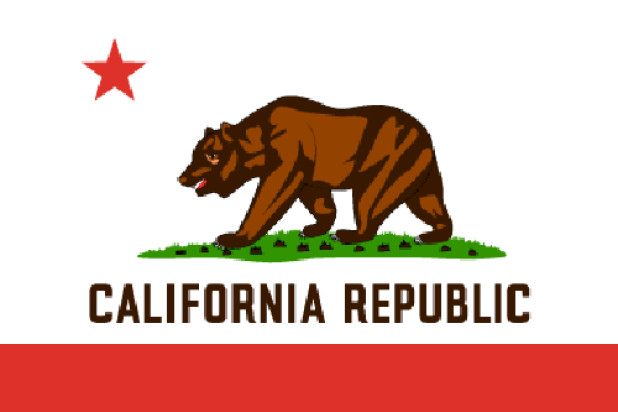 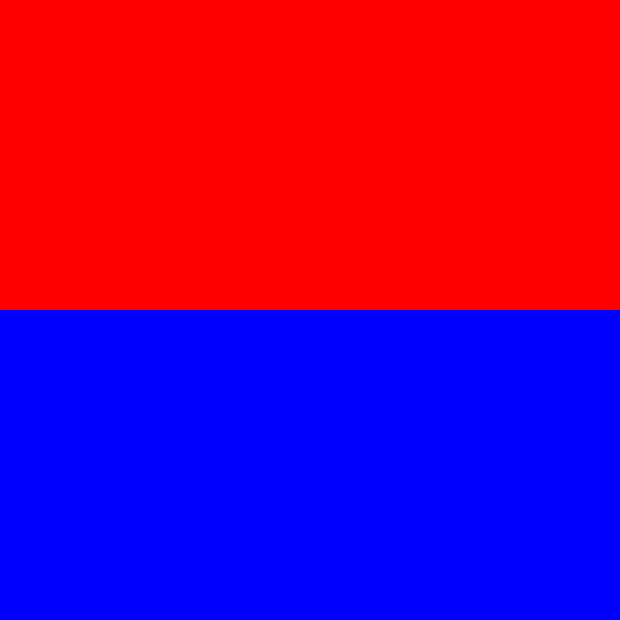 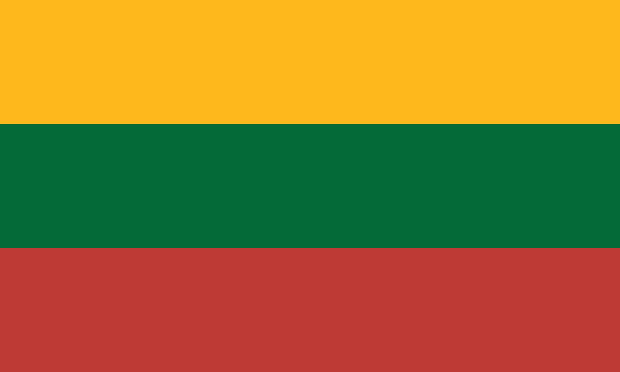