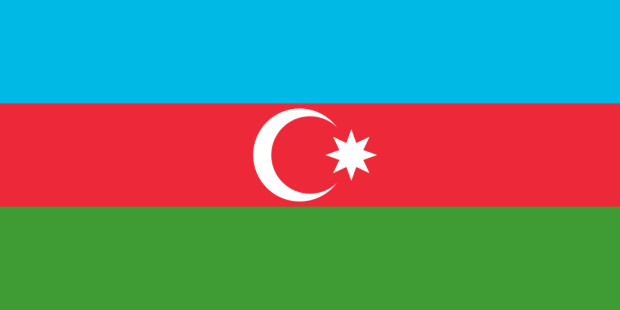 The flag of Azerbaijan was created in the early 20th century by the poet Ali Bey Hussein Zade, adopted by the Musavat Party, and adopted as the state flag for independent Azerbaijan on 25.08.1918. When the Red Army occupied the country in 1920, a red flag with gold initials was adopted for the Azerbaijan Soviet Socialist Republic formed on 28.04.1920, and maintained in this form until the formation of the Transcaucasian Federation including Azerbaijan in 1922. From 1922 to 1936, the flag of the Federation, also a red flag, applied. It was not unlike the flag of Soviet Russia between 1918 and 1924. The star with the hammer and sickle in it was in the liek of the flag, and in a semicircle around it were the initials of the Federation. After the end of the Federation, Azerbaijan joined the USSR, and adopted a flag like all Soviet republics had from 1937 onwards, red flags with gold initials, supplemented by the hammer, sickle and star in gold. In 1952 a new flag was adopted. It was a design of the painter K. M. A. Kjazimzade, and was plain red with a narrow horizontal blue stripe at the bottom, which stood for the Caspian Sea. Near the flagpole, in the center of the red stripe, the flag displayed in gold the symbols of communism, hammer, sickle and five-pointed star. The flag of 25.08.1918 was reintroduced on 05.02.1991. It shows three horizontal stripes in blue, red and green with a white crescent moon and white eight-pointed star in the red central stripe. The eight points of the white star represent the Azeris (Azerbaijanis), Turks, Tatars, three Kazakh tribes, Uzbeks and the Turkmen. There are two theories about the interpretation of the colors: 1. the light blue symbolizes the sky, red stands for freedom, and green for the fertility of the land. 2. the light blue is the color of the Azer, expressing their belonging to the group of Turkic peoples, red stands for cultural development, and green for the fertility of the land. The color green, the crescent and the star are also Islamic symbols.The current national emblem of Azerbaijan was adopted in 1991. It is round and shows three concentric circles in green, red and blue. Above it all, a large eight-pointed white star with red flames in the center. These are supposed to represent Zarathustrism and the oil fields of Baku, respectively. Below the coat of arms, a wreath of oak branches and ears of grain.

Three equal horizontal stripes (blue, red, green); a crescent moon and an eight-pointed star in white are in the middle of the red stripe.

Blue is often associated with the Turkic peoples. The red stripe can be historically traced to European and (Soviet) Russian influence. Green is the color of Islam. The white crescent and star can be traced back to the historically close connection with Turkey. 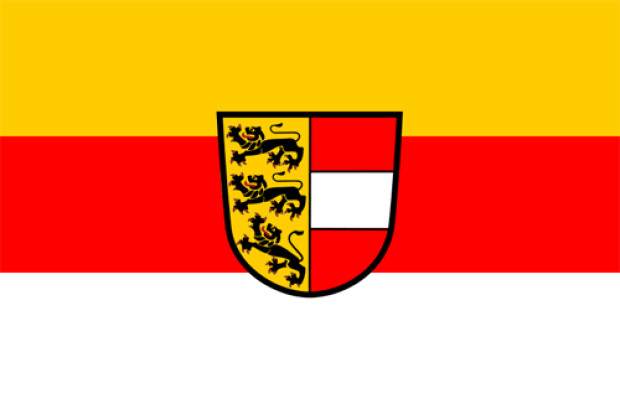 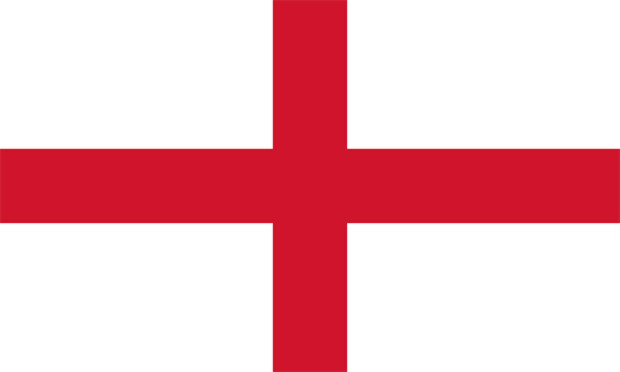 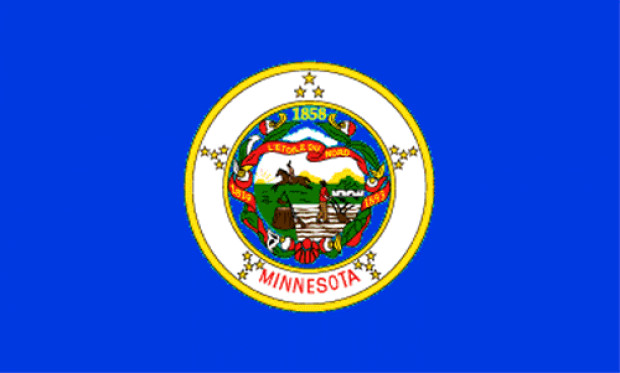 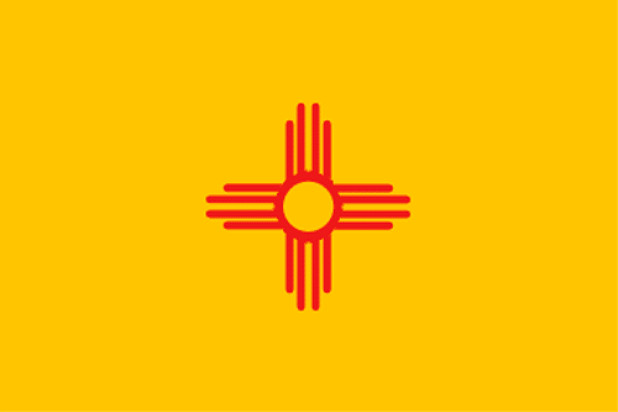