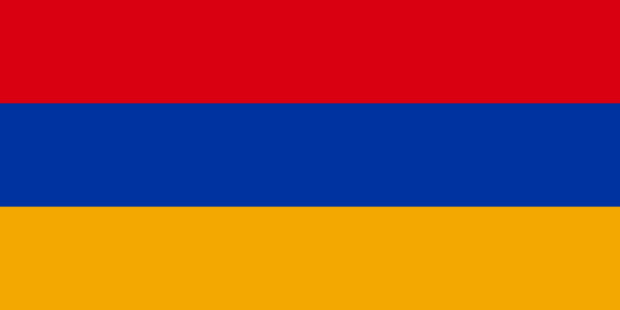 The flag of Armenia was introduced on 15.06.1919. Before 1919, a red-blue-green flag was in use unofficially, and mainly among Armenians living in exile. When the Red Army occupied the country in April 1921, a red flag with gold initials was introduced for the Armenian Soviet Socialist Republic, and was maintained in this form until the formation of the Transcaucasian Federation including Armenia in 1922. From 1922 to 1936, the flag of the Federation, also a red flag, applied. It was not unlike the flag of Soviet Russia between 1918 and 1924. The star with the hammer and sickle in it was in the liek of the flag, and in a semicircle around it were the initials of the Federation.
After the end of the Federation Armenia joined the USSR, and adopted a flag like all Soviet republics had from 1937, red flags with gold initials, supplemented by hammer, sickle and star in gold. On 17.12.1952 a new flag was adopted, with three horizontal stripes in the ratio 3:2:3 in red, blue and red. In the liek, near the flagpole, the flag again showed the hammer, sickle and star in the upper red stripe.On 24.08.1990, the 1919 flag was reinstated as the national flag, and on 23.09.1991 it was again established as the official state symbol. It shows three horizontal bands in red, blue and orange. Red stands for freedom and independence and for the blood shed in the struggle for it, blue for the countryside and orange for the strength and courage of the people.
The present national coat of arms of Armenia was introduced on 19.04.1992, and shows a four-divided coat of arms shield with a heart shield lying on it. The fields show: in the first field, on blue, a golden leopard looking to the left and an isosceles cross; in the second field, on red, a flying golden two-headed eagle; in the third field, on red, two golden eagles between a sun represented as a ring; in the fourth field, on blue, a golden lion with a crown holding a cross with a long vertical bar. The small heart shield shows in gold the mountains Great and Small Ararat with Noah's Ark above, below the waters of the Flood. Shield holders are a golden eagle and a golden lion. Below the shield a bundle of olive branches, a sheaf of grain, a chain, a sword and a ribbon without inscription.

The red stripe symbolizes the sacrificed blood in the struggle for independence. Blue symbolizes hope and the blue sky over Armenia. Orange symbolizes the blessing that hard work ultimately brings. Flag since 24 Aug. 1990. 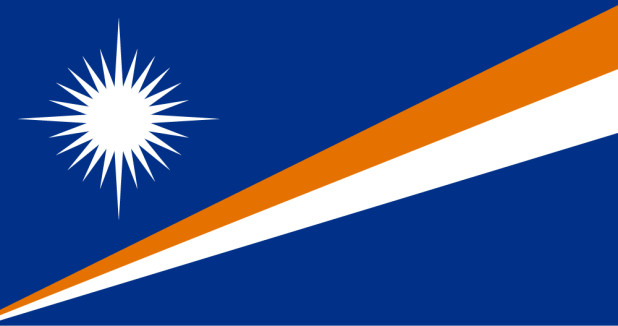 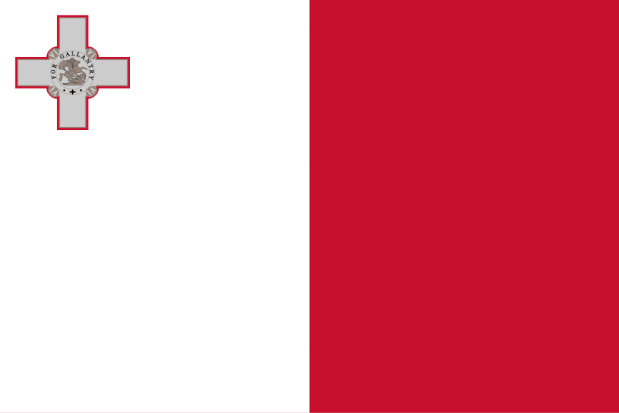 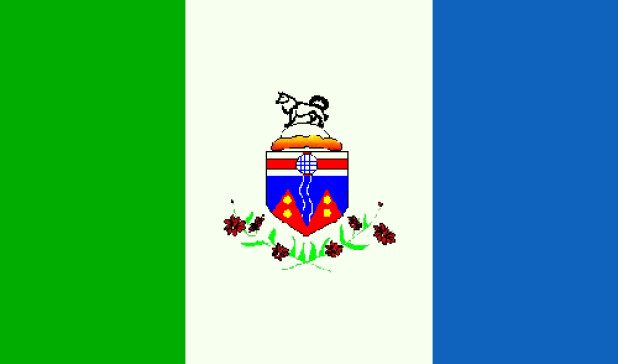 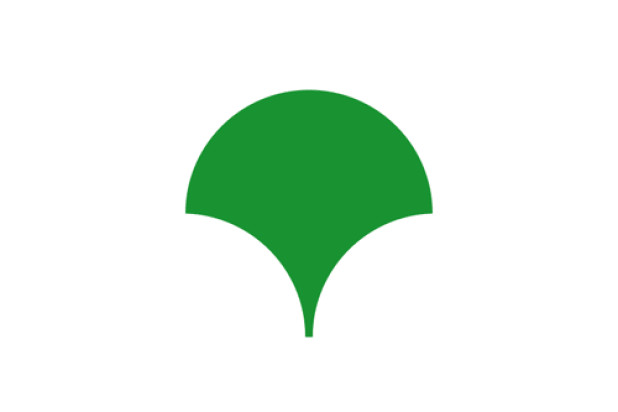