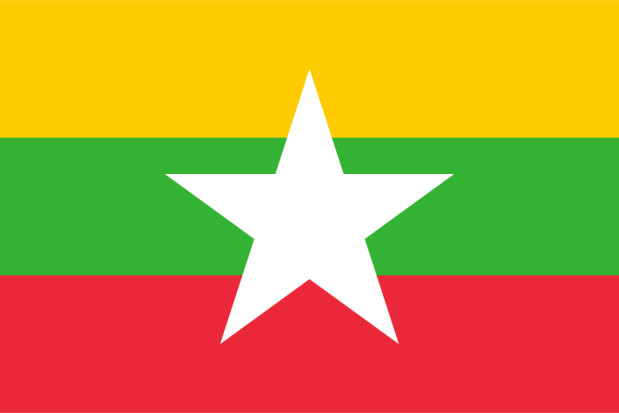 Aspect ratio:
2:3
Vexillological symbol:
National flag on land, merchant and service flag at sea
Country:
Burma
Capital:
Yangon (formerly Rangoon)
Size:
678.528 km²
Population:
42.720.196
Continent:
Asia
Languages:
Burmese as the main language (spoken as the first language by about 70 of the population), with minority languages such as Shan, Kachin, Arakenesian, Chin, Mon, Karen; English is the first foreign language and the language of diplomacy and business).
Currency:
Kyat (MMK)
accepted at:
20.10.2010

The flag of the Kingdom of Burma, dependent on China, was originally plain white, with the image of a peacock in the center. It was used until the British annexation in 1886. In 1939, a British Blue Ensign, was introduced for Burma, which was separated from British India in 1937. Great Britain had introduced a flag system in 1864, in which
? Warships a so-called "White Ensign" (naval ensign), a white flag often with a continuous red cross of St. George and with the Union Jack in the upper corner,
? Merchant ships a "Red Ensign" (also called "Civil Ensign" => Bürgerflagge, the actual merchant flag), a red flag with the Union Jack in the upper corner, and
? Service ships carried a "Blue Ensign" (government flag => the actual state flag), a blue flag with the Union Jack in the upper corner.
Since 1865 ships of colonial governments were allowed to fly a Blue Ensign with a badge in the flying end. The respective governments were to provide appropriate bagdes. Merchant ships and seafaring privateers from colonies may only carry a Red Ensign with badge if appropriate permission has been granted by the British Admiralty for the colony. Burma, with its own administration since 1937, again chose the peacock as its badge.
In 1942 Burma was occupied by Japanese troops. In 1943 Burma was released into independence as a Japanese satellite state. The flag of this state showed three horizontal stripes in yellow, green and red, with the peacock on a white disc in the center. In 1945 Burma was occupied by British troops, reincorporated into the British colonial empire, and the Blue Ensign was reinstated. On 04.01.1948 Burma was again granted independence. The flag introduced in this context was red with a blue upper corner, within it a white five-pointed star surrounded by five smaller stars. This flag has its origin in the flag of the anti-Japanese "Freedom League", a red flag with a white star in the upper corner. The five smaller stars in the new flag represented the five largest ethnic groups in the country.
In connection with the introduction of a new constitution, a new flag was also introduced on January 3, 1974. It corresponds to the previous design, but instead of the stars it shows a cogwheel with a rice plant, surrounded by fourteen stars in a circle. The gear represents industry, the rice plant represents agriculture, and the fourteen stars represent the seven states and seven provinces of the country. The peacock is now used only in the presidential flag. All other flags of Burma are still based on the British Ensign system in their design.
The coat of arms of Burma shows a silver cogwheel, on it a red map of Burma, surrounded by a golden laurel wreath. To the left and right of the wreath are a blue lion, with its back to the center of the coat of arms, and gold decorations. Below it a banner with the name of the state. The coat of arms is crowned by a silver star.

Red, with a blue rectangle in the upper corner at the flagpole, which is all white; 14 five-pointed stars encircle a gear containing a bundle of rice.

Red symbolizes the courage and bravery of the people. Blue symbolizes peace. The 14 stars represent the 14 administrative districts of the country. The emblem is white in the sense of purity. The basic design of this flag is historically based on the flag of native fighters (red flag with white star), who fought against the occupation of the Japanese during the Second World War. 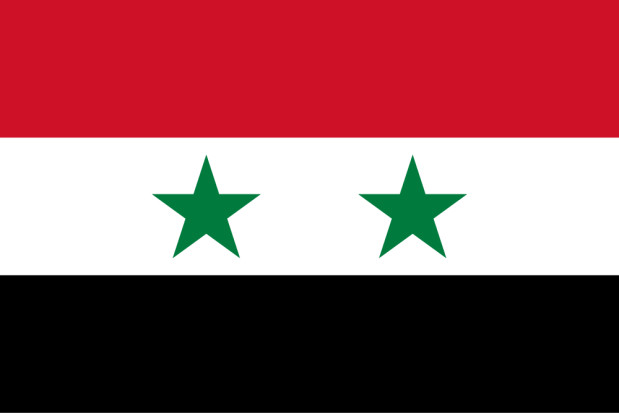 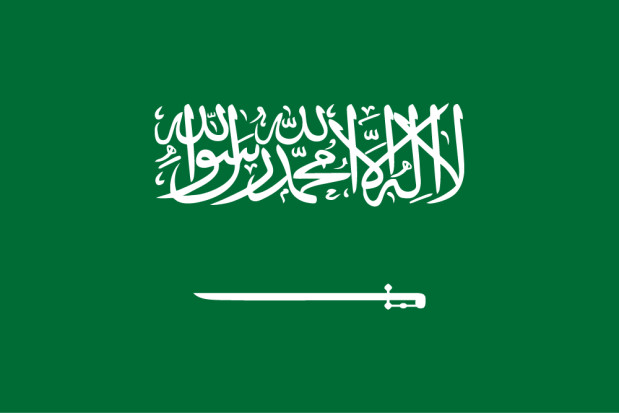 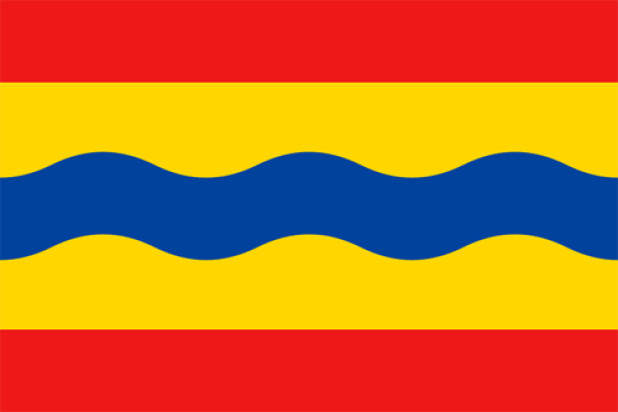 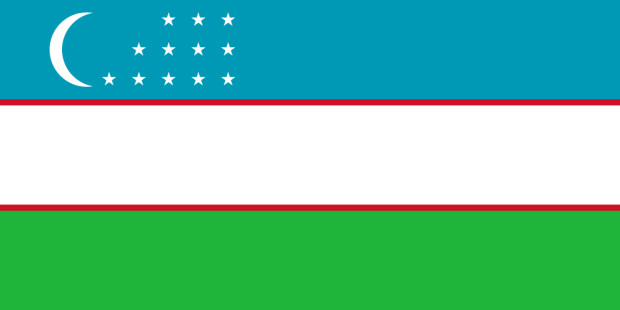